Book your stay with Cambalala

All prices are listed in ZAR (South African Rands) and are per unit per night for the entire house on a self-catering basis. The price also includes a daily cleaning service for your convenience and free WiFi (limits apply).

Our luxury units accommodate up to 6 adults and an additional 2 children. 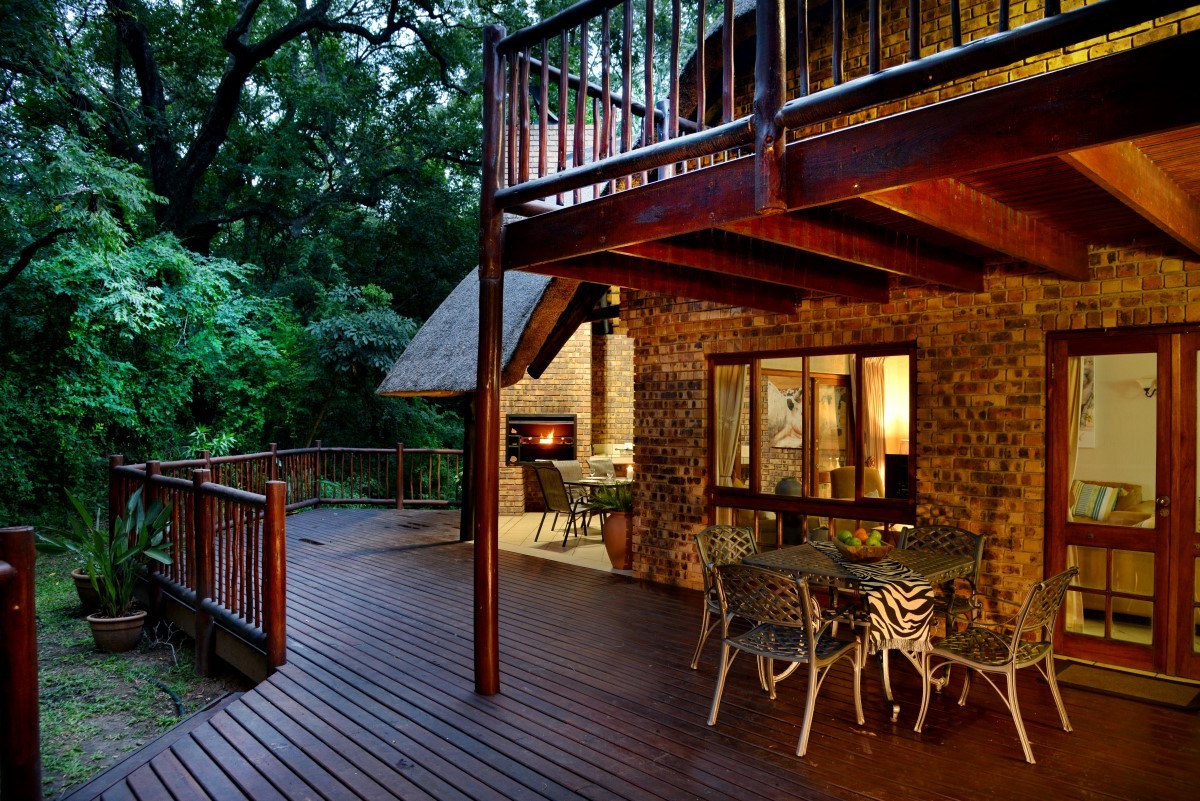 Our private villa sleeps up to 6 guests and guarantees privacy in generous proportions.

For the purposes of pricing, we divide the year into three:

Peak season 1: June, July and August
This is our winter season, but it’s the best time for game spotting in nearby Kruger National Park. The dry season in these parts typically lasts from May until September, meaning that the vegetation thins, making wildlife easier to spot. Also, the lack of water drives the animals to seek it at watering holes and from rivers, so they tend to congregate there in larger numbers. Those early morning game drives can be a bit chilly, though, so pack a fleece to wear until the sun warms up.

Peak season 2: mid December to mid January
This period coincides with the southern hemisphere summer. January is on average the warmest month, with temperatures hovering around the late twenties to early thirties. If you’re looking to spend time in the sunshine, take a dip in the pool or of course, celebrate Christmas or New Year in style, then we can accommodate you.

Standard season
The rest of the year we classify as our standard season. There’s no bad time to come to this area, with plenty to do whatever the season or the weather. The “shoulder season” of May and September gives you the benefit of weather that’s usually dry yet without the higher peak season prices or crowds.

If you’d like to make a booking, enter your chosen dates and click the search button. You’ll see availability and pricing; the rate shown is per unit and not per person. If we are showing as fully booked, it’s still worth getting in touch as we are friends with other private owners at the resort. Drop us an email at bookings@cambalala.com and we’ll see what we can do.

Payment needs to be made in full prior to your arrival as, regrettably, the Lodge cannot take payment on our behalf. We apologise for any inconvenience this may cause but as a private business, much as we’d like to, we are unable to make exceptions. Our terms and conditions explain our policies more fully.

Terms & Conditions
1) A 30% deposit is required within 2 days to secure your booking.
2) Balance of payment will be due 2 weeks prior to arrival.
3) We will require your credit card details as security on any breakages in case of damage caused through negligence or lack of care.
4) Smoking is not permitted within the house itself but you may smoke on the patio or anywhere outside the house.
5) Please note that we don’t usually accept bookings for only one night over a weekend and we reserve the right not to do so.

Please note that our units are privately owned and therefore Kruger Park Lodge cannot accept payment on our behalf. We ask for your understanding regarding the need for payment to be made prior to your arrival.

What our guests are saying about Cambalala